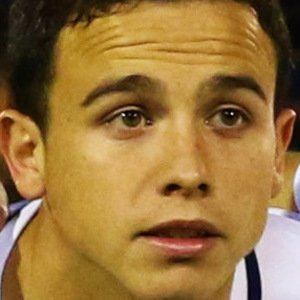 Midfielder and right-back who has played for the Argentine Primer Division team Boca Juniors.

He started playing soccer with the Estudiantes de La Plata youth league in 2009.

He is originally from Corrientes, Argentina.

He and Leandro Marin are both known for their time with the Boca Juniors.

Leonardo Jara Is A Member Of