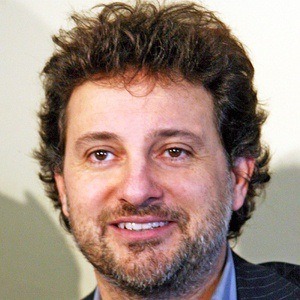 Director and actor who won Best Actor and Best Screenplay at the 1997 Italian Golden Globes and the 1997 Silver Ribbon for his film The Cyclone.

He participated as a guest on the youth television program Europop in 1992.

His directorial debut was Graduates in 1995. He wrote, directed, and starred in the film.

He had a daughter named Martina with Laura Torrisi in 2010.

His films often compete in the box office with Life is Beautiful filmmaker Roberto Benigni.

Leonardo Pieraccioni Is A Member Of