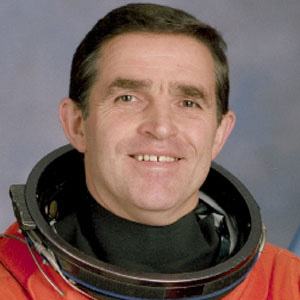 Soviet Air Force and Ukrainian Air Force pilot and astronaut. He was a member of the crew of NASA's 1997 Space Shuttle Columbia international mission (STS-87).

He rose to the rank of Major General in the Ukrainian Air Force.

He was chosen over scientist Yaroslav Pustovyi to participate in the debut Ukrainian space flight.

He had two sons with his wife Vera.

He and Kevin Kregel were both crew members on the STS-87 mission.

Leonid Kadeniuk Is A Member Of