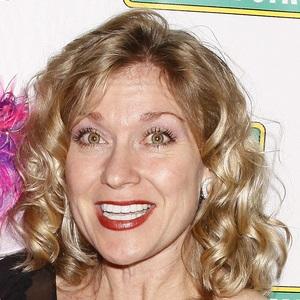 Actress and puppeteer known for her roles on children's shows, including Abby Cadabby on Sesame Street. She also performs her own one-woman shows with a puppet named Lolly.

She was born in Walnut Creek, California and attended San Francisco State University.

She was nominated for an Emmy for Best Performer in a Children's Series in 2009.

She married Paul Rudolph, who has been the music coordinator on Muppets Tonight.

She and Martin Robinson have both worked as puppeteers on the children's show Sesame Street.

Leslie Carrara-Rudolph Is A Member Of