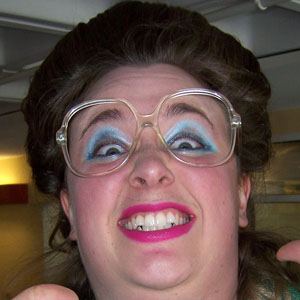 Satirical rapper who fronts the group Leslie and the LY's. She also operates a gem sweater museum.

She started buying her first gem sweaters in 2000, before beginning her rap career in 2004.

She has appeared numerous times on the Nickelodeon show Yo Gabba Gabba! and often performs as a part of their live touring act.

She has a brother that performs under the name Arecee.

She did a commercial for Mozilla Firefox with Tay Zonday in 2008.

Leslie Hall Is A Member Of