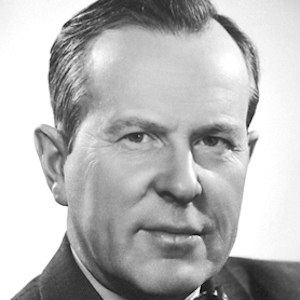 Prime Minister of Canada from 1963 to 1968 who won the Nobel Prize for Peace for organizing a response to the Suez Crisis. He actively opposed the Vietnam War and helped keep Canada a non-belligerent country during the crisis.

He served in the medical corps early in World War I, then trained as a pilot.

His government introduced initiatives that remained in place in Canada, including universal health care and a national pension plan.

His wife Maryon was known for her sharp tongue and humorous public statements.

Lester B. Pearson Is A Member Of