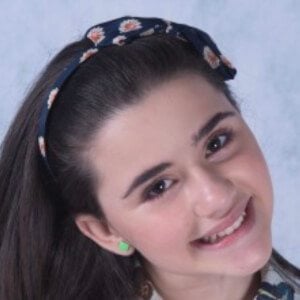 Actress who played Mila on the Brazilian mystery series Detetives do Prédio Azul for seven seasons. She reprised her character for the show's web spin-off, Vlog da Mila - The Mysteries of Ondion, as well as its 2017 feature film adaptation.

She got her start as a model and, later, a stage actress, starring as Dorothy in a production of The Wizard of Oz.

She won the Contigo Prize for Best Child Actress for her performance on the Brazilian telenovela Vitoria.

Her parents are Renata and Leonardo Pedro.

She appeared with Fabio Porchat in the comedy film Meu Passado Me Condena (2013).

Letícia Pedro Is A Member Of