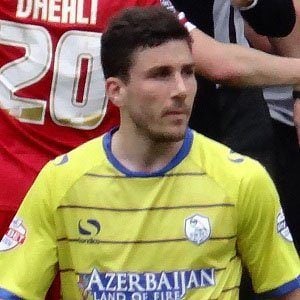 Defender who made his senior career debut in 2000 for Portsmouth. He made 30 appearances with the team before joining Bournemouth in 2003.

He came up through Portsmouth, where he played his youth soccer.

He got married during his career, and has a child.

At Portsmouth he was led by legendary manager Harry Redknapp.

Lewis Buxton Is A Member Of