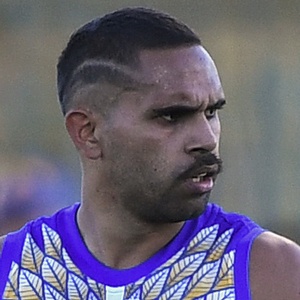 Australian rules footballer who began his AFL career with the Sydney Swans in 2010. He won his first Premiership with the team in 2012.

He was passed over in the 2007 AFL Draft and spent the season with Bridgetown in the Lower South West Football League.

He was the leading goalkicker for the Swans in 2012 and made his first Indigenous All-Stars team in 2013.

He has a son named Lewis and a daughter named Daisy.

He won the 2012 AFL Premiership alongside midfielder Ryan O'Keefe as a member of the Sydney Swans.

Lewis Jetta Is A Member Of