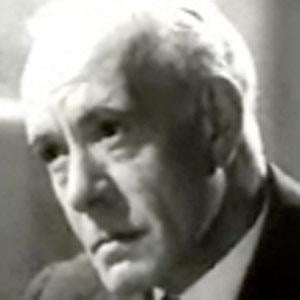 20th-Century actor who earned an Oscar nomination for his leading role in the 1928 film, The Patriot. His other films include the 1925 classic dinosaur epic, The Lost World, and The Mask of Fu Manchu.

He had his first acting role in a 1912 stage production of Bird of Paradise.

He was awarded a star on the Hollywood Walk of Fame in 1960 for his contributions to film.

He married his third wife, Hazel Elizabeth Wolf, in 1930.

He had a supporting role in the 1939 film, Love Finds Andy Hardy, which starred Judy Garland .

Lewis Stone Is A Member Of