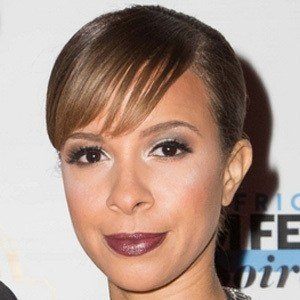 Actress of the stage and screen, as well as singer, better known on the former medium for her portrayal of Eliza Hamilton in the Tony Award-winning musical Hamilton. She also appeared on Broadway in Rent and on a national tour of Fame as well.

She was a finalist on the 8th season of American Idol.

She played the wedding singer in the 2009 movie The Ghost of Girlfriends Past.

She worked with Hamilton creator Lin-Manuel Miranda on both Hamilton and his previous show In the Heights.

Lexi Lawson Is A Member Of