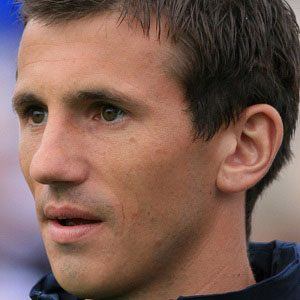 Midfielder who won a Football League Championship with Sunderland in 2007; he represented Ireland internationally from 2004-2009.

He was born in Cork, Ireland. He and his wife Clare had three children together: two sons named Kory and Leo and a daughter named Belle. He passed away from pancreatic cancer days ahead of his 37th birthday.

Midfielder Grant Leadbitter was his teammate on Sunderland.

Liam Miller Is A Member Of