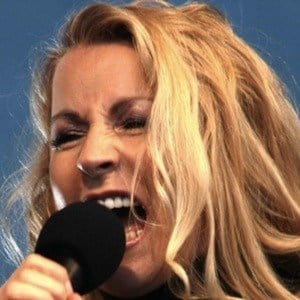 Hi-NRG and Euro disco singer who found great popularity with hit dance singles like "Say You'll Never", "Fantasy" and "Scratch My Name." She has released music under many different pseudonyms, including Josy, Jobel and Divina.

She hails from Hamburg, Germany.

She was a member of the dance music crews 2 Eivissa and Tears'n'Joy.

She released a cover of the Sylvester hit "Do You Wanna Funk."

Lian Ross Is A Member Of