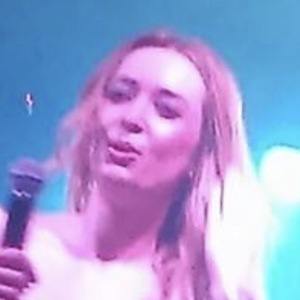 Singer who started her solo career in 2008 through her work with Croatian composer Mark Tomasović. She found acclaim in June 2017 when she wrapped herself in the Croatian flag while promoting her upcoming album Body as a Song. She has over 320,000 followers on Instagram.

She started singing at the age of 10 when she won the first prize of the jury and the audience at the Children's Festival in 1997.

She won three awards at Zagrebfest in 2009.

She was born in Split in Dalmatia, Croatia.

Artists like Mick Jagger have also worn the flag of their country to support their work.

Lidija Bacic Lille Is A Member Of