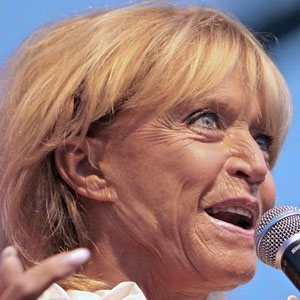 Swedish singer who rose to popularity in the 60's and 70's. She is best known for her performances of songs like April, April.

She got her start singing on the radio show Morgonkvisten at age 15.

Her fan club became the largest in Sweden during the 60's, touting over 17,000 members.

She had three daughters from three different fathers.

She performed the hit song Valkommen Till Varlden, which was written by ABBA songwriter Bjorn Ulvaeus.

Lill-babs Is A Member Of