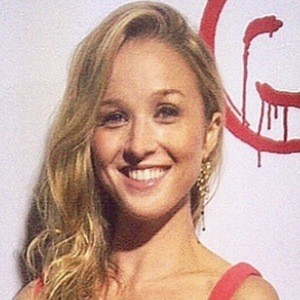 American actress known for playing the role of Morgan Matthews in the first two seasons of Boy Meets World. She later reprised her role in an episode of the spin-off Girl Meets World.

She was awarded the role on Boy Meets World in 1993.

She won the 2016 LA Stage Alliance Ovation Award for Best Lead Actress in a Play for her role in See Rock City.

She married David Gibson in August of 2015.

She played the sister of Cory Matthews, whom is played by Ben Savage, in Boy Meets World.

Lily Nicksay Is A Member Of