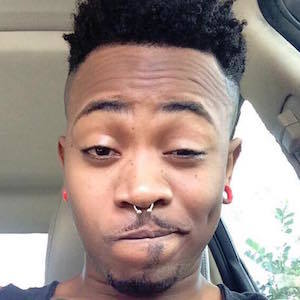 Dancehall reggae singer who is known for his solo career throughout the genre. On February 26, 2016, he released his full length mixtape PoWaful to iTunes and his personal SoundCloud account.

He moved to Brooklyn, New York City at age 16 in 2004. He graduated from Priory High School.

He has amassed a sizable social media following due to his online-released singles and mixtape, PoWaful. He has garnered more than 210,000 followers to his Instagram account, where he often posts music updates and photos detailing his personal life as a reggae artist.

He was born and raised in Kingston, Jamaica. He began dating Starr Dawkins.

He performed live at the 2015 MIA Awards in Jamaica, where Vybz Kartel was nominated for 3 total awards.

Lincoln 3Dot Is A Member Of