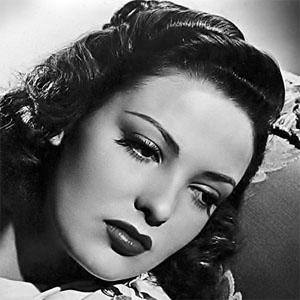 Leading lady in the 1940s who became known for her roles in My Darling Clementine and The Mark of Zorro. Her other films include Forever Amber and Unfaithfully Yours.

She was 11 years old when she started finding work as a model, although she pretended to be 16.

She was awarded a Star on the Hollywood Walk of Fame in 1960.

She adopted a daughter named Charlotte during her first marriage. She married her third husband, Merle Roy Robertson, in 1963.

She co-starred with Ann Sothern in the Oscar-winning 1949 drama A Letter to Three Wives.

Linda Darnell Is A Member Of