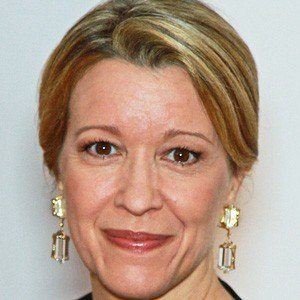 Actress who portrayed Linda Loman in the Broadway production of Death of a Salesman with Philip Seymour Hoffman.

She received her MFA in theater at the University of Washington.

She grew up in New Jersey, where she acted in local productions.

She was in the film Julie & Julia with Amy Adams.