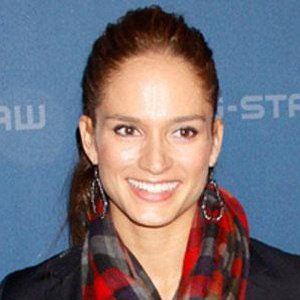 High fashion model recognized walking the runways for Armani, Michael Kors, and Narciso Rodriguez, among others.

She grew up in Sacramento, California.

She appeared in Justin Timberlake's music video for his song, "I'm Lovin' It."

In March 2012, she was engaged to actor Seann William Scott, but they split not long after they declared their engagement to the media.

She got her start walking for fashion designer Donna Karan.

Lindsay Frimodt Is A Member Of