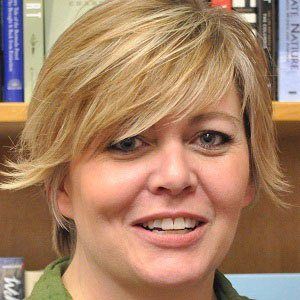 Famous for her bestselling children's novels WAKE, FADE, and GONE, this American writer is also known for her short fiction works for adults.

Her popular WAKE trilogy won an American Library Association designation and a Gateway Readers Award nomination, among other honors.

A native of Holland, Michigan, she later settled in Phoenix, Arizona, with her husband, Matt, and her children, Kennedy and Kilian.

She was born in the same year as fellow American young adult author Rachel Cohn.

Lisa McMann Is A Member Of