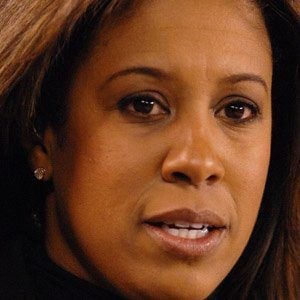 One-time women's college basketball player who became an ESPN journalist and an ABC reporter. She rose to fame when she covered the OJ Simpson murder trial for the latter network.

She played basketball for Pennsylvania State University during the 1986-1987 academic year.

Her cousin Tony Dorsett had a career as a running back for the Dallas Cowboys football team.

She settled in Baltimore, Maryland and adopted a son named Samuel.

She worked with Peter Jennings prior to joining the ESPN team.

Lisa Salters Is A Member Of