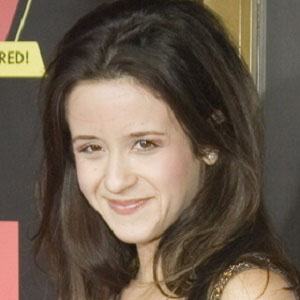 Most famous for her role as Danielle Chase on the 1990s teen series My So-Called Life, Wilhoit is also notable for her voice acting work on the animated series Family Guy.

Early in her childhood acting career, she played a small role in the 1991 film Hook.

When not on set, she pursued interests in horseback riding and snowboarding.

She appeared with Cameron Douglas in the 2005 comedy movie National Lampoon's Adam & Eve.

Lisa Wilhoit Is A Member Of