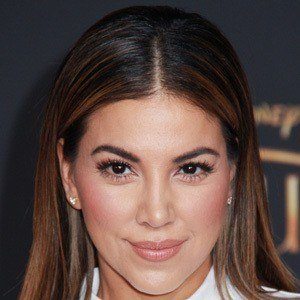 Mexican-American co-host of the long-running NBC show Access Hollywood who joined the program as a news correspondent in 2015. She was previously a long-time co-host of the #1 rated nationally syndicated radio program Big Boy's Neighborhood on Los Angeles' 106 FM.

She graduated from the University of San Diego with a degree in communications and psychology. She moved from radio to television in 2007.

She was a correspondent for MTV News. She was then an on-air talent for TVTres before joining E! News in 2011. She was a guest-star in an episode of Entourage was previously a poster girl for the Los Angeles Kings hockey team.

She was born and raised in Southern California. She has a sister.

Liz Hernandez Is A Member Of