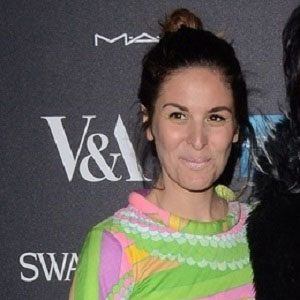 British radio personality best known for her work on stations like XFMLondon, Capital Radio and Virgin Radio. On television, she has also served as a regular music commentator on Sky News.

She was born in London and studied Experimental Psychology at Bristol University.

She is the creator of the theatre production company Bird & Be, responsible for productions like The Tin Horizon and The Duke in Darkness.

She has been in a relationship with English comedian Noel Fielding. Their first child together, a daughter named Dali, was born in spring 2018, and the couple's second daughter, Iggy, was born in August 2020.

She and Danielle Perry have both hosted talk shows on XFM London.

Lliana Bird Is A Member Of