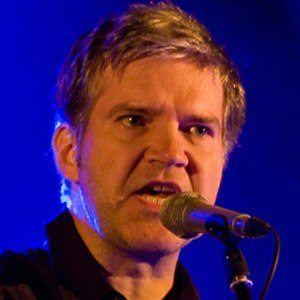 English singer and songwriter who was the lead singer for the band Lloyd Cole and the Commotions from 1984 to 1989.

He went to Runshaw College and studied law for a year at the University of College in London.

He is an avid golfer and was in eleventh place for Golf Digest's list of 100 musicians who golf.

He married Elizabeth Lewis in 1989 and they have two sons, William and Frank.

He has covered the song "Believe," which was originally sung by Cher.

Lloyd Cole Is A Member Of