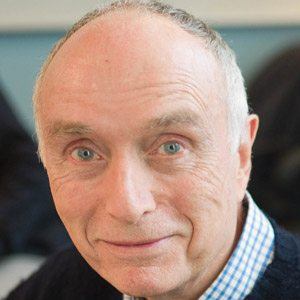 Known for his early work in the field of cognitive psychology, this educational researcher and philanthropist founded the Sesame Organization, a non-profit venture responsible for creating the Sesame Street and Electric Company children's educational programs.

He graduated from Oberlin College in 1951 with a bachelor's degree in philosophy and went on to earn a doctorate in experimental psychology from Yale University.

In 1969, the same year in which Sesame Street debuted, Morrisett became president of the John and Mary Markle Foundation.

Though born in Oklahoma, he was raised in New York and California. His marriage to Mary Pierre Morrisett resulted in two daughters: Sarah and Julie.

He and economist Herbert A. Simon, both members of New York's Social Science Research Council, were responsible for many of the early computer graphics models of the human thought process that formed the basis for the field of cognitive psychology.

Lloyd Morrisett Is A Member Of