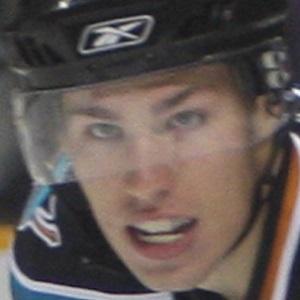 NHL center who was drafted 9th overall by the San Jose Sharks in 2007. He was selected to his first NHL All-Star game in 2012 and in 2016, he helped lead the Sharks to the Stanley Cup Finals.

He began playing organized hockey in the Southwestern Ontario League of OMHA, eventually making it to the AAA team.

He set the San Jose Sharks record for goals scored by a rookie with 32.

Born in Guelph, Ontario, he grew up nearby in London, where he began playing hockey.

He was a teammate of Los Angeles Kings' defenseman Drew Doughty on the AAA London Junior Knights.

Logan Couture Is A Member Of