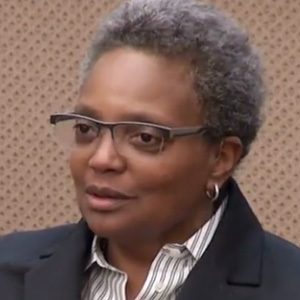 She was awarded a full scholarship to the University of Chicago Law School.

She became the first openly LGBTQ mayor of Chicago.

Her mother was a healthcare aide and her father was a factory worker. She is the youngest of 4 siblings.

She succeeded Rahm Emanuel as the Mayor of Chicago in 2019.

Lori Lightfoot Is A Member Of