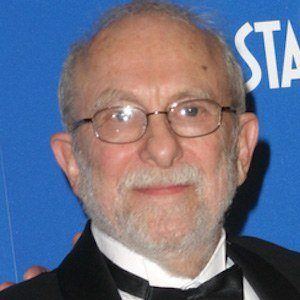 Screenwriter and playwright, who is best known for writing the 2001 film, Conspiracy.

In 1949, he graduated from the University of Wisconsin-Madison.

He was the recipient of the Paddy Chayefsky lifetime achievement award at the 2004 Writer's Guild of America Awards.

He was born in Chicago, IL.

Loring Mandel Is A Member Of