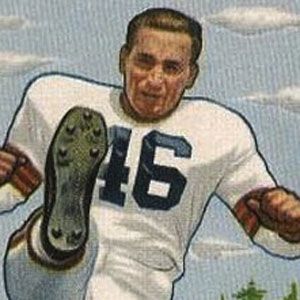 Hall of Fame tackle and kicker with the Cleveland Browns stayed with the team for 21 years, scoring 1,608 career points.

Though he was brought on by the Browns as an offensive tackle, he became the team's placekicker because he found a talent for it.

He was the NFL scoring leader in 1957, without scoring a single touchdown, and made the Pro Bowl nine years straight starting in 1950.

He grew up in Martins Ferry, Ohio.

Nick Folk also embarked upon a Pro Bowl career as an NFL kicker.

Lou Groza Is A Member Of