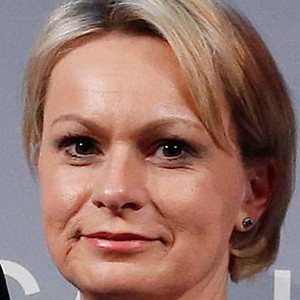 Most Popular#198515
Journalist Born in Austria#2

She studied teaching at university, but dropped out to pursue a journalism career.

She won the Romy Academy Prize at the 2015 Romy Awards. She dedicated the award to her grandfather, who was a political prisoner during World War 2.

She married journalist Fritz Dittlbacher. They had a daughter in 2010.

Most Popular#198515
Journalist Born in Austria#2

Lou Lorenz Is A Member Of