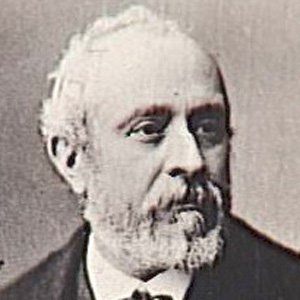 He studied at the École nationale supérieure des Beaux-Arts in Paris under teacher François Jouffroy.

The majority of his work was made from marble.

His father was a porcelain-painter and his older brother was also a painter.

His most famous piece is a portrait of a young Wolfgang Amadeus Mozart.