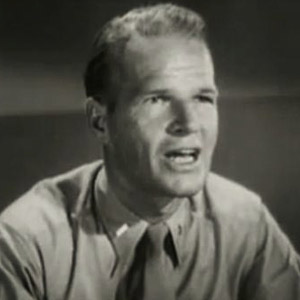 Remembered for his roles in such Hollywood films as Gone with the Wind and The Big Sleep, this twentieth-century screen actor also appeared in several western television series, including Mackenzie's Raiders and Stories of the Century.

After studying journalism at Dartmouth College, he worked for The New York World. While reporting on a stage production of The Trial of Mary Dugan, he met a theatrical producer who offered him a small role in the play.

He played the role of Captain Walter F. Rodee in the 1955 film The Eternal Sea.

Born in Montclair, New Jersey to German parents, he moved to Los Angeles, California to pursue a screen acting career. His first marriage was to Broadway actress Leona Maricle.

He was cast opposite Jane Fonda in a 1960 Broadway workshop production of a play called There Was a Little Girl. Tragically, he died of a heart attack during a January performance of the theatrical piece.

Louis Jean Heydt Is A Member Of