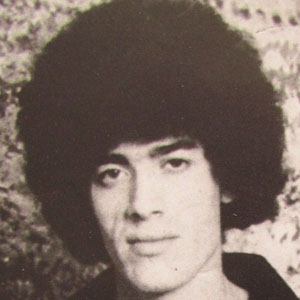 Thinker who became a symbol of resistance and human rights for his poetry and wrote the blasphemous song "Allahu Akbar." His assassination sparked riots and unrest Kabylie.

He built his first guitar out of an oil can when he was nine years old and resisted the Arabization policy implemented at his school.

He was widely read by people on both sides of the Algerian Civil War. The Armed Islamic Group added his name to a hitlist of thinkers and artists.

On June 25, 1998, his car was stopped at a roadblock in eastern Algeria by masked gunmen. The bullets that raged from his attacker's weapons killed him and wounded his wife and her two sisters.

The year after his death, Abdelaziz Bouteflika became the president of Algeria and oversaw the end of the brutal civil war.

Lounes Matoub Is A Member Of