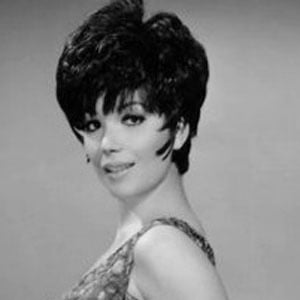 Actress who starred as Addie in the 1964 Broadway musical I Had a Ball. The role earned her both a Tony nomination and a Theatre World Award.

She played Anita in the 1964 revival of West Side Story.

She was killed in a plane crash at the age of thirty-one.

She was born in Brooklyn, New York; her birth name was Luba Goodnick.

She appeared on The Tonight Show with Johnny Carson.

Luba Lisa Is A Member Of