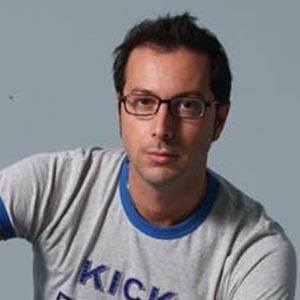 Italian radio host, writer, and actor who is best recognized for having published several books including We Are Just Friends and Instant Love. He is also known for his work on on the radio program Tiffany on Rai Radio 2.

He studied at the Majorana Scientific High School in Moncalieri. He made his debut as a novelist in 2003 when he published Instant Love.

He is also known for his screenplay work and is credited with penning the short film Kissing Paul Newman in 2001.

He is known for having written the official biography of singer Eros Ramazzotti which was published in November of 2005.

Luca Bianchini Is A Member Of