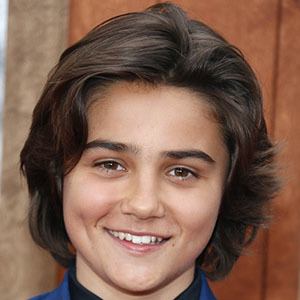 Actor best recognized for his recurring role as Bryce on the series Mixed-ish. He is also known for his feature film appearances including in the TV adaption of Less than Zero and in Adam & Eve. He was cast in the 2020 Nickelodeon series Danger Force, a spin-off of Henry Danger.

He first started his acting career in 2019 after making his debut as Anthony Rios in Annabelle Comes Home.

He was featured in a video on the popular YouTube series Popcorn Talk in June of 2019 where he discussed his role in Annabelle Comes Home.

He starred alongside Tika Sumpter and Arica Himmel on the 2019 series Mixed-ish.

Luca Luhan Is A Member Of