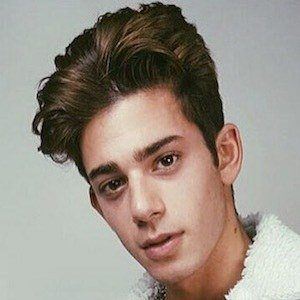 Singer who has become widely known posting song covers of popular artists on his self-titled YouTube channel. He has gained more than 20,000 subscribers creating covers of Tracy Chapman, Ed Sheeran, and Charlie Puth, amongst others.

When his mother was pregnant with him, his parents would play classical music because it was said to help develop the brain. He went to live with his aunt in North Carolina for two years, which is where he decided he wanted to be a singer.

One of his most popular songs covers on YouTube is his December 2015 video of Adele's "Hello." He made his national television debut as an actor/singer in 2016.

He is fluent in both English and Italian.

He has become friends with a number of Italian stars, including actors Leonardo Cecchi and Lucrezia Roberta di Michele.

Luca Valenti Is A Member Of