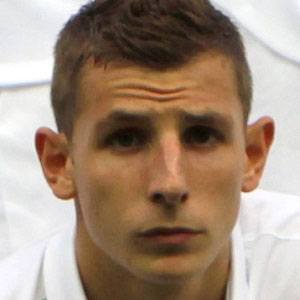 Left back who joined Paris Saint-Germain FC in 2013 and became a member of the French national team in 2014. He went on to play for Barcelona from 2016 until 2018 when he joined Everton FC.

He debuted professionally for Lille in 2011 and went on to appear in 49 matches for the club.

He was born in Meaux, France.

Lucas Digne Is A Member Of