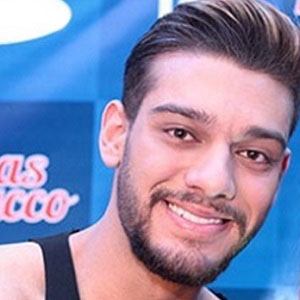 Famous as both a singer and a songwriter, this Brazilian country musician released the 2014 Top 5 album Yeah Different, which included the hit single "Mozao."

Before beginning his music career, he worked as a model and salesman. He released his debut album, Neither Te Tale, in 2013.

Extremely popular on social media, he had nearly one million Twitter followers and over 17 million Instagram fans. In addition, many of his YouTube music videos accumulated more than twenty million views, some reaching over fifty million views.

He was born and raised in Sponsorship, Minas Gerais, Brazil. He has a brother named Leandro Lucco.

He collaborated with fellow Brazilian singer Anitta on a track with a rough English translation of "Kissing at Close Range."

Lucas Lucco Is A Member Of