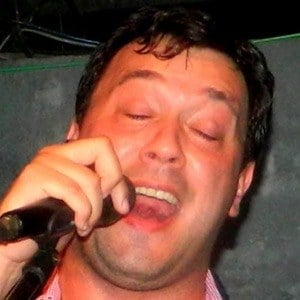 Latin pop singer and composer who went solo in 2013 after spending a large part of his music career as a vocalist and guitarist with Sonido Profesional.

He won Premios Graffiti awards for his album Sentimientos encontrados and his song "Cinco minutos."

His mother Lucia was a teacher.

Edinson Cavani was seen listening to his hit song "Cinco minutos" while recovering from an injury.

Lucas Sugo Is A Member Of