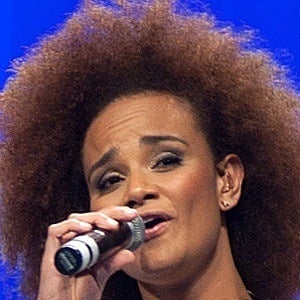 Brazilian singer whose music is known for its fusion of música popular brasileira with elements of hip-hop and soul. She has found great popularity in her home country with releases like 2000's Assim Que Se Faz and 2002's Olha Pra Mim.

She sang in choirs and performed in various musicals as a child.

She appeared in the II Hair Fashion Show in Sao Paulo, Brazil in August 2009.

She married Ike Levy in 2008. Her father is singer Jair Rodrigues. She is the sister of singer and producer Jair Oliveira. She has children named Tony and Nina.

She and Leny Andrade are both famous for creating música popular brasileira music.

Luciana Mello Is A Member Of