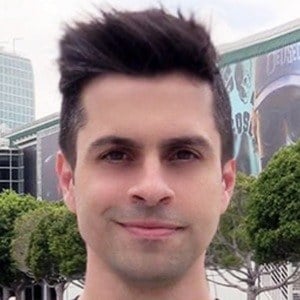 Actor who found fame as a child star through his acting on the children's television shows Mundo da Lua and Castelo Ra Tim Bum. He has gone on to present shows about technology and video games for G4 Brazil.

He began his career by appearing in a television commercial for Vicks VapoRub at age 6.

He wrote and starred in the stage play Cabine do Destino.

He got engaged to sports journalist Kalinka Schutel.

He and Angela Dippe were both featured on Castelo Ra Tim Bum as children.

Luciano Amaral Is A Member Of