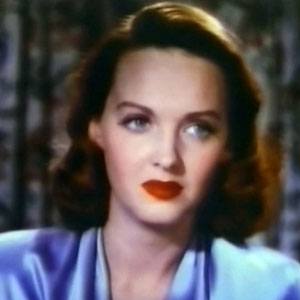 She was an accomplished film actress in the brief amount of time she acted professionally from 1942 to 1948, co-starring in Yolanda and the Thief. She made her screen debut in the acclaimed film Meet Me in St. Louis.

She was sixteen years-old when she began her career as an entertainer as a Rockette at the historic Radio City Music Hall. She would later appear on Broadway in Panama Hattie.

She had other roles in Ziegfeld Follies, Till the Clouds Roll By, and Ruthless.

She was survived by her four children Nicholas, Torry, Christina, and Karen.

She shared the screen with Judy Garland in Meet Me in St. Louis.

Lucille Bremer Is A Member Of