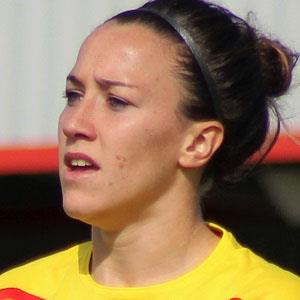 Beginning in 2014, this English soccer right, center, and left back played for the Manchester City Football Association Women's Super League (FA WSL) team. Earlier in her career, she played several seasons each with the Liverpool Ladies; the Everton Ladies; and the Sunderland Women.

She played her youth career for the Sunderland and Blyth Town women's football clubs and went on to play her distinguished collegiate career for the University of North Carolina's Tar Heels.

A native of Berwick-upon-Tweed, England, she has siblings named Sophie and Jorge and is of both English and Portuguese descent.

She and American-born goalkeeper Karen Bardsley both joined Manchester City in 2014.

Lucy Bronze Is A Member Of