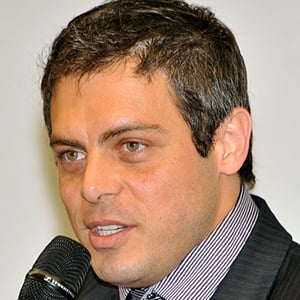 TV actor who played Flávio Leite in The Prophet from 2006 to 2007. He has more than 190,000 followers on his luigibaricelli Instagram account.

His first on-screen role was in the TV miniseries O Guarani in 1991.

He appeared as Camilo in the 2004 film A Cartomante.

He married Andreia Baricelli in 1992. His mother is Helena Baricelli.

He and Vera Fischer have both appeared in the soap opera Family Ties.

Luigi Baricelli Is A Member Of