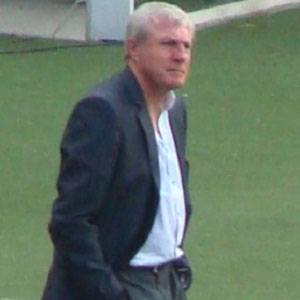 He was born in Tarifa, Spain and played youth soccer with HAVE Minguettes and St-Priest before making his professional debut in 1978.

By winning the European Cup Winners Cup with Paris Saint-Germain, he became the first French manager ever to win a major European trophy.

As a player, he won the UEFA Euro 1984 with the help of French teammate Michel Platini.

Luis Fernández Is A Member Of