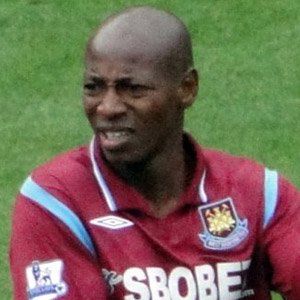 Soccer player from Portugal who has represented his native country at the Olympic Games and the FIFA World Cup. He won the Football League Championship with Fullham for the 2000-01 season.

He was born in Lisbon and started his youth career with Sporting CP in 1994.

He made a guest appearance as himself on the BBC series "Grange Hill" in 1999.

His parents are from Sao Tome and Principe.

He and Dimitar Berbatov have both been named Fulham F.C. Player of the Year.

Luis Boa Morte Is A Member Of