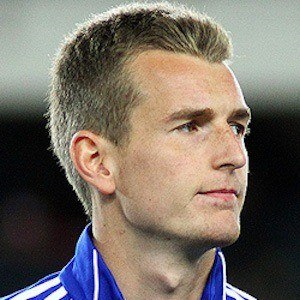 Finnish goalkeeper who joined Eintracht Frankfurt of the Bundesliga in 2015, having spent the first seven seasons of his career playing for various clubs in Scandinavia.

He grew up playing for Turun Palloseura and joined the senior club in 2008, but didn't make an appearance for the team.

He and Timothy Chandler have been teammates on Eintracht Frankfurt.

Lukas Hradecky Is A Member Of